The Ciudad de la Tele was born with the vocation of becoming a benchmark for the audiovisual industry. In its practically 22,000 m² plot of land, a project focused mainly on two buildings devoted to house five recording sets, a corporate building and sundry support areas:

- Two high-volume buildings that house two and three recording sets respectively (approximately 1,200 m² each) and linked by a restoration area. Both buildings incorporate their own area of production and postproduction, as well as scenery , dressing rooms, changing rooms, offices and a storage area, which will allow each of them to operate autonomously.

- The new Corporate Headquarters of Grupo Secuoya is a modern four-level building of a total built surface amounting to 900 m² that is located in the southern part of the plot, towards where it opens all of its working spaces.

- The facilities are completed by a large car park, a loading dock, sundry warehouses, premises for the repair and manufacture of sceneries and a large esplanade for outdoor recording. 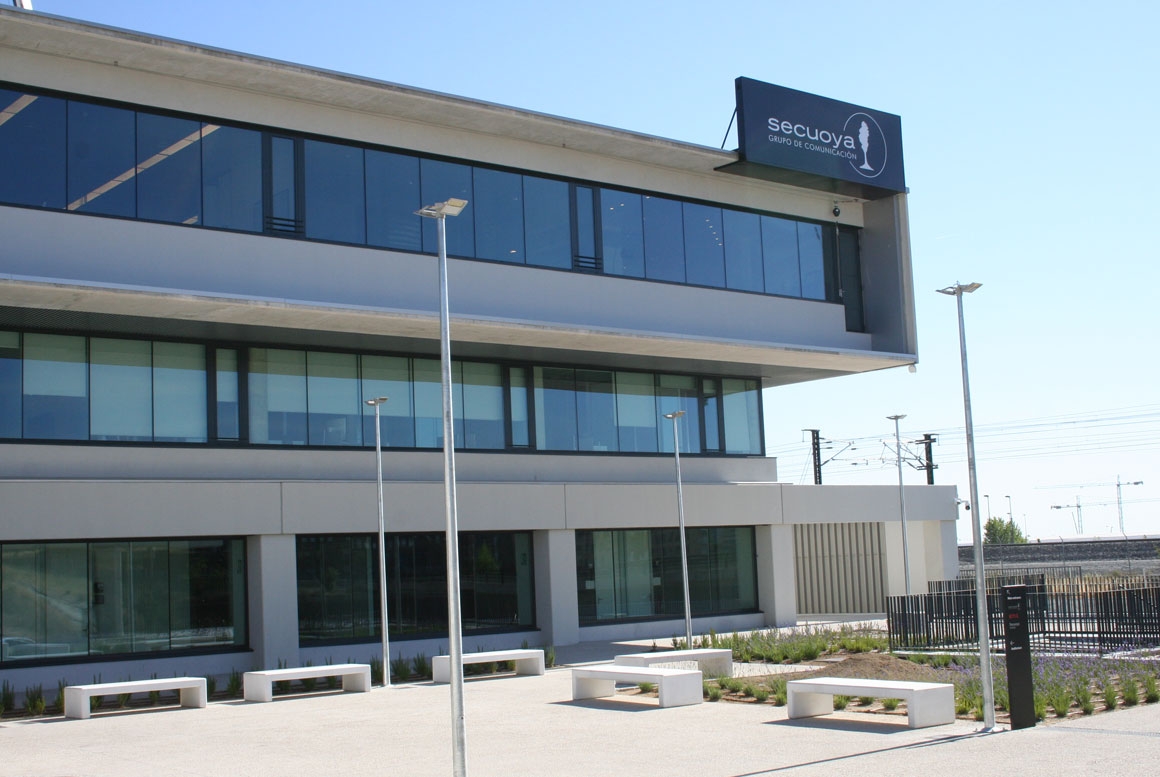